Yuma School District One (District One), in partnership with other local districts and county administrators, is taking a proactive approach to communicate property tax information to the public. For more information about how to calculate your taxes, please refer to the Yuma County Property Tax Process pamphlet. You can also contact the District Office directly at (928) 502.4300.

While the median sale price for homes in Yuma County is on the rise, there is a two-year lag between current market conditions and the application of these conditions to the net assessed value of real property. Due to real property values dropping again this year, homeowners will see an increase in next year's property tax rates in order to maintain tax levies at the same level as the current tax year. Below is a list of frequently asked questions that will explain why this increase took place.

What is “assessed valuation,” and how does it relate to my taxes and the district’s budget?

How is Full Cash or Market Value valuation determined, and why does it change?


The assessor's office studies the market and collects information about properties to estimate value. A property's value can change for many reasons. The most obvious is that the property itself changes. A bedroom, garage or swimming pool is added, or part of the property is destroyed by demolition, wind, flood, or fire.

The most frequent cause of a change in valuation is change in the market or economy. If a certain neighborhood or community becomes a fashionable place to live, the change in valuation will be reflected by the prices paid for property. In a stable neighborhood, with no extraordinary pressure from the market, simple inflation may increase property value. Your property assessment also contains a "Limited Value." This is an amount that is calculated annually based upon a formula. The formula is very complex and cannot be fully explained here. One of the features of calculating a "Limited Value" is that no matter what the formula yields, it may not exceed the Full Cash Value.

How did the net assessed valuation for Yuma School District One for this current year compare to the new valuation?

Why did my property tax rate go up?

What do the different line items on my property tax bill mean?

Why are there two lines on some people’s bills for District One’s Primary tax rates?

How does District One compare to other school districts in spending per pupil?


The district is very frugal with taxpayer funds and strives to keep property taxes down. Due to school funding cuts in Arizona, our district decreased budget capacity since 2009. In 2014, District One spent $7,098 per pupil. This is $316 less than comparable districts, $480 less than the state average, and $3,569 less than the national average.

What are the YSD1 Property Tax Rates this year compared to past years?

*Rates do not reflect 40% Homeowners Rebate

How and when are the tax rates calculated?

What does Yuma School District One control about the tax rate?

What is out of Yuma School District One’s control about the tax rate? 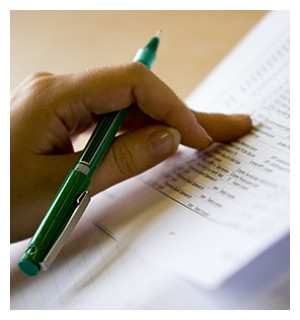